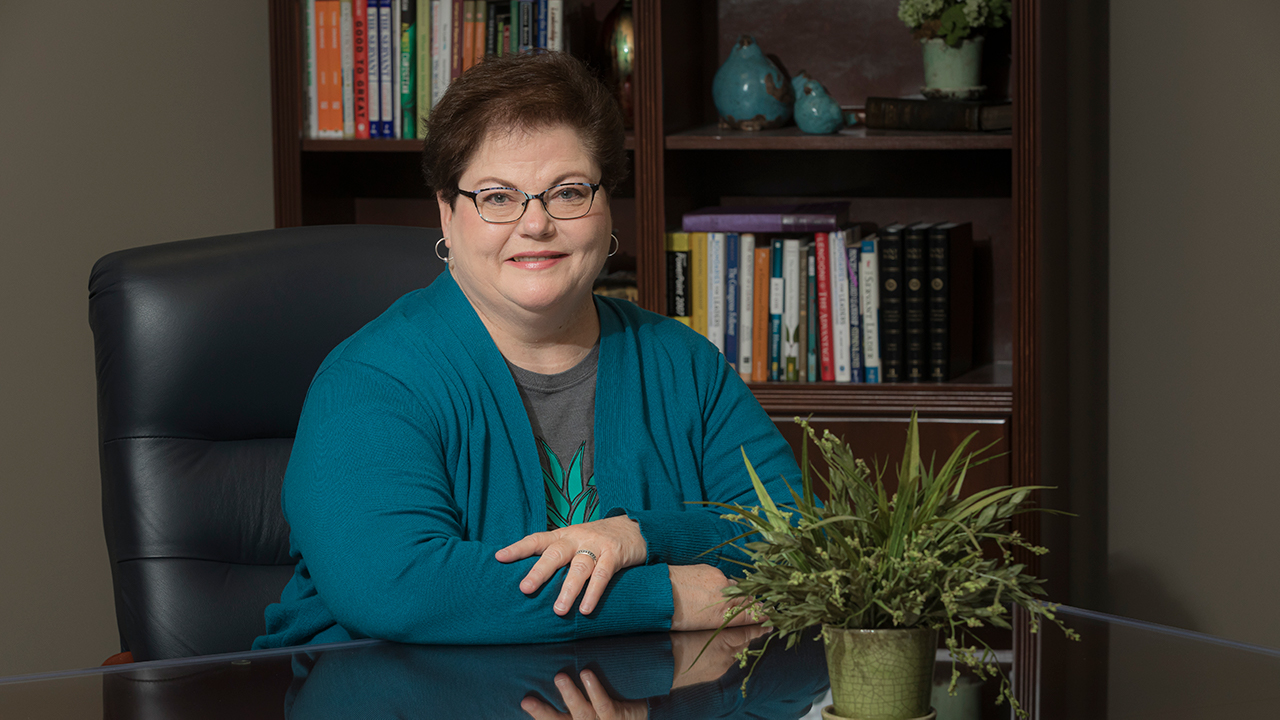 There was a nagging thought creeping into Amy Miller’s mind.

“Maybe it’s time for something else.”

After 34 years at KTUL News (Channel 8) and holding titles from video tape operator to producer and eventually HR Coordinator, Amy believed she had done everything there was to do at the TV station. For years, she had volunteered at her church in various positions. She considered working full-time at a church, but she was unsure of what it would look like or where to begin.

Until she had a dream.

“I’m friends with Shari Graham, the Director of Human Resources at Asbury, because we worked together at KTUL for 18 years,” Amy recalled. “I dreamed she hired me for something, but I had no idea what the job actually was. The dream seemed so real and the next morning, I just couldn’t get Shari off my mind.”

Amy sent a text to Graham and told her about the dream. The response was almost immediate.

“She said there is a position at Asbury, and you should apply,” remembered Amy.

The dream became reality a few weeks later when Amy was hired at Asbury for the dual role of Discipleship Coordinator and Administrative Assistant for Women’s Ministry. Her responsibilities include coordinating community groups and providing resources to those groups, planning mid-week Bible studies, and assisting with events.

“When I was offered the position, there was never one moment where it didn’t feel right,” Amy declared. “So many things in my life have pointed me in this direction for a long time and I believe God brought this about in such a way that I couldn’t say no.”

Although she was a member at another United Methodist congregation, Amy began attending Bible study at Asbury in 2010. She has long held an appreciation for the people and staff at Asbury, an admiration that has only grown in her first few weeks on the job. Amy credits the intentional process Asbury applies to its attendees for what allows the church to be effective in growing and sustaining disciples.

“I’ve always believed Asbury’s approach to people is spot-on,” stated Amy. “Everyone here genuinely wants to help get people plugged in and that’s what keeps people connected to church. When you get people engaged and keep them involved, that’s when you see them grow in their faith and the entire church is strengthened as a result.”

Amy understands the power of relationships. At the age of 23, an invitation from a coworker led her to a Christmas Eve service in Ada, Oklahoma. It was in that service Amy finally understood what it meant to be a sinner in need of a Savior. She refers to it as her “turning point” and she fully realizes just how meaningful one word, one shared experience, or one invitation can be. Her sincere hope is to establish real connections with the people of Asbury through shared faith in Jesus.

“In doing what God has called me to do at this point in my life, my biggest hope is to play a small part in seeing someone’s life be transformed by knowing and experiencing the love of Christ,” Amy said.

No more nagging thoughts. For Amy, there is only anticipation and an overwhelming sense of peace about how God will use this job to demonstrate His love and grow His kingdom.