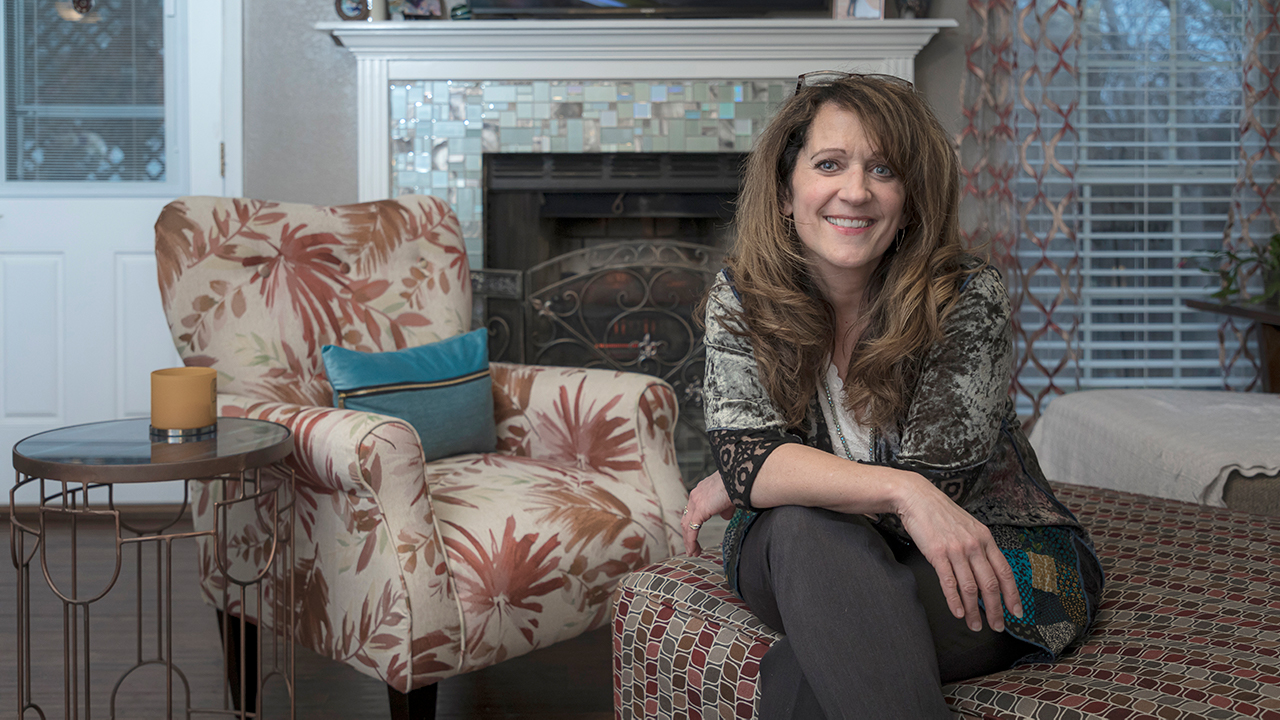 “Even if.” These are two simple words that hold a powerful, life-changing meaning for Jennifer Weiss. After losing her husband to suicide on December 10, 2014, with The Lord’s help, Jennifer unlearned all of her “what ifs” and replaced them with “even ifs.” One of the main ways she did so was by joining Asbury’s Young Widows Support Group.

Her support group journey started when Jennifer found “GriefShare.” She attended GriefShare until 2018 when Shae Hedrick reached out to her to attend a newer widows support group, which was intended for younger widows.

“When Shae first called me about this, I really didn’t want to do it,” Jennifer said. “I was a little further out than some people because my husband had passed away almost four years ago at that point and I had done widow groups, I had done spouse loss groups and every other kind of group I thought was out there. I just thought ‘Oh gosh, not another group!’ Honestly, my plan was to go to the first meeting and then I was going to explain to Shae that I really didn’t need this in my life anymore. And the rest is history. I’ve been going ever since!

“Usually I would find myself sitting at a table or in a room with people who were 30 to 40 years older than me,” Jennifer said. Although we shared some of the same grief, I couldn’t relate to the practical aspects of widowhood. When you get older there is an expectation of illness and death. When you’re younger, I think it’s more traumatic, it’s more unexpected, things are kind of cut short—you haven’t raised your kids yet, there are no grandkids, you’re still in the middle or beginning of your careers. I think I just unwittingly got frustrated over the years by really not having anyone to talk to about those practical things, so this is where that fits in.”

Jennifer said her faith has gotten her through the aftermath of such a traumatic loss. “My faith has not just helped me, it’s been everything in my loss. Satan worked real hard to destroy not only my husband, but myself and my family. I would say ‘Hold me, Jesus.’ Sometimes it was just breath by breath, minute by minute.”

Jennifer also lost her mother in 2014 and her father died when she was a teenager. “I felt like an orphan as well as a widow, and both of my children were getting ready to go off to college” she said. “There were just so many things that Jesus had to be for me. He had to be my friend, who my husband was, He had to be my comforter, He had to be my father and my mother.”

Jennifer remembers a specific day in church when she was worshiping with her hands in fists. She heard The Lord saying "Let it go. Open those hands up. I’ve got you no matter what." I would think, "but what if this, what if something else happens, what if I go broke, what if?" and Jesus taught me ‘even if.’ I don’t know how people do without that because I felt like I had lost everything but Jesus, and He was enough.”

After leaning on her faith and being in Asbury’s support group for several years, Jennifer wants to give others hope. “Now I feel like my role is twofold. I get something out of it but I also hear what others are saying and I remember how I felt, and I hope that I can give them confidence that what they’re feeling is totally normal. There is hope on the other side. I get joy from the group in hoping that something I say will resonate with someone there.”

Jennifer’s children have now completed college and moved to different states. Jennifer said she’s blessed to work a full-time job and relies on spending time with friends in this stage of life. She still attends Young Widows Support Group and encourages anyone considering attending to try it out.

“Who knows? God may weave a person or a thing into your life in ways you’re never going to know until you try. A lot of guilt seems to be associated with widowhood. Sometimes you don’t think you deserve to be happy or you feel guilty if you laugh or you feel guilty if you forgot about your husband for 15 minutes. Let someone bless you! They’ve been so good about that at Asbury. Throw away the guilt, you deserve to be happy, you deserve to laugh, your husband would want that for you. Jesus wants to serve you in this way through these people.”