This is our last chapter in “The Magnificent Story.” There’s only one magnificent story because there is only one Magnificent Person. That’s not me or you. However, Jesus’ grace invites us to join His story. We swap our broken, wounded, and shrunken stories for a new creation. When we know Him, we have direction, guidance, comfort, and hope. We have a way forward. No matter what happens to us, we will win.

A wonderful book, “The Patient Ferment of the Early Church,” answers the question about why the early church was so dynamic in growth and impact. The early Christians had a great belief—Jesus the Magnificent One is Lord. He not only saved them from their sins, but He also gave them a community with other believers. They were not alone. They had a message to share. They wanted to Help Others Follow Jesus. They had great habits. They worshipped. They learned Scripture and doctrine. They had depth. They prayed together, gave to one another, and encouraged each other because they knew they were going in the right direction. In the end, no matter how awfully they were treated, they would prevail because of the magnificent story. They had eternal life. Thus, they could be patient with their sufferings. They were “fermenting” like wine—even though from the outside it looked like nothing was happening. They had patient energy. Something remarkable was growing and developing. They knew who they were, why they were here, and where they were going. They had three key things: a prevailing identity (“in Christ”), a community to share life with (the church), and a purpose to life (the redemptive message of Christ). Furthermore, it could even be said about their martyrs “And they all lived happily ever after.” 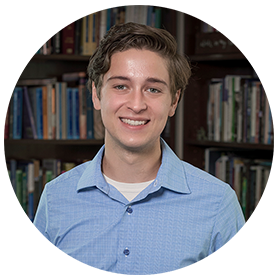 Pastor of Evangelism and Prayer